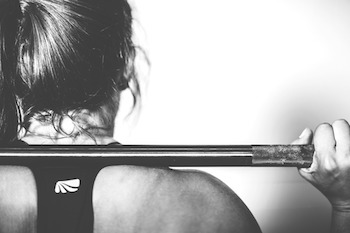 A new Shoulder Stability Index has been developed in order to help predict non-surgical shoulder instability treatment outcomes in athletes. The results of the study were presented at the annual meeting of the American Academy of Orthopaedic Surgeons and have proven promising at helping to identify the best possible treatment plan.

Here, we’ll look at what the study revealed and how shoulder stability indexing could help with the treatment of young athletes.

The recent study carried out by John M. Tokish and his colleagues, analysed 57 adolescent patients who had presented with anterior shoulder instability for the first time. All had received non-operative treatment and were high-school athletes with at least one season remaining.

Their specific risk factors were evaluated individually and those deemed to have a higher predicted risk of failure were put into a 10-point Non-Operative Injury Severity Index (NISIS). The resulting score was then used alongside chi-square analysis and regression analysis to identify the overall predicted failure score of non-operative treatment.

There were six factors in total which were identified as potential risk factors and added into NISIS. These included patients who were aged over 15, the type of sport performed, the type of instability, bone loss, arm dominance and female gender.

Out of the 57 patients, 79% were able to fully return to their chosen sport without surgical intervention. They also didn’t miss any time out because of their shoulder instability. Those who had a preoperative score of >7 had 90% rate return to sport, while those who scored <8 had a 50% return to sport rate. This clearly shows that the higher NISIS risk patients would benefit from a more surgical approach.

Further studies will now need to be carried out to independently validate the stability index. However, it is already showing promise that it could be used by physicians to help decide which form of treatment to use when young athletes seek help for shoulder instability.

What is shoulder instability?

Shoulder instability is a very common shoulder issue, where the ball is unable to stay securely within the socket. This largely occurs when the structures around the joint of the shoulder stop working correctly.

Patients often discover they have shoulder instability when the ball partially slides out of place, causing subluxation. This is basically a partial dislocation. It presents either as a dead arm, or there could be significant pain.

Treatment options vary depending upon a number of factors. However, non-surgical methods are almost always chosen as a first course of action. These can include physiotherapy sessions which aim to strengthen the joint and keep it in position. Non-surgical treatments are usually carried out for a few months before it can be determined whether or not they are working.

The new study is an interesting development, showing NISIS shoulder stability indexing could help to determine the best course of treatment for patients presenting with shoulder instability. However, it is uncertain when it could be introduced due to further testing requirements. In the meantime, patients who are concerned they may have shoulder instability should seek treatment as soon as possible to prevent the condition from worsening.

Please Get in Touch

Frozen Shoulder Revealed as One of 20 Most Painful Conditions to Live With by... How long does a fractured shoulder take to heal?
Scroll to top
Message from the London Shoulder Specialists

During the current COVID-19 crisis, all non-urgent / elective surgery bookings and appointments are postponed, but the London Shoulder Specialists are still available for consultation.

Consultations can be carried out either by telephone or video link.

Appointments can be arranged by emailing appointments@fortiusclinic.com or by calling 020 3195 2442.

We use cookies to ensure that we give you the best experience on our website. If you continue to use this site we will assume that you are happy with it.OK